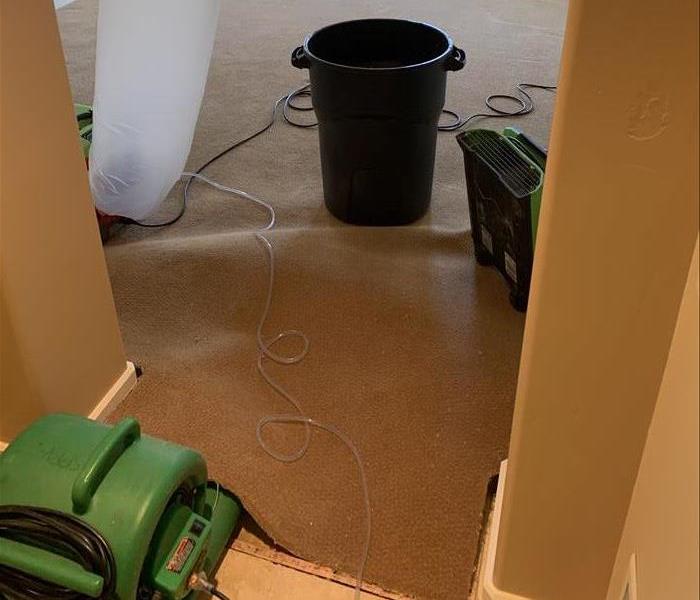 SERVPRO fans being used to dry water located within the floor and ceiling of one of the luxury high rise's condominiums in Phoenix.

Recently, SERVPRO of Paradise Valley helped a luxury high rise located within Phoenix, Arizona. Within the luxury high rise's 14 stories and 56 units, tragedy struck that was less than luxurious. Rumors of water damage were being heard around the building. A leak was found towards the top of the structure and was working its way down to the other units. Residents of the condominiums were noticing leaks coming from their ceilings. Water was seen causing paint blisters on the walls throughout many floors in the building's stairwell. Many luxurious units were being flooded or were seeing signs of water damage. Something had to be done to prevent further damage and restore the damage that was already done. SERVPRO has much expertise with both water restoration and commercial work and was called for the job. The luxury high rise was able to be restored in part by SERVPRO’s water cleanup and restoration services.