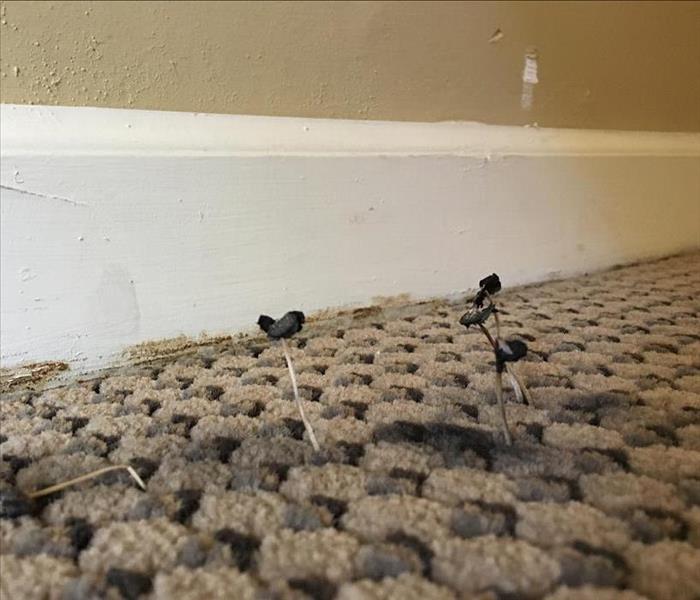 A leaky pipe was to blame for the mold growth at the Villas at Stone Creek. The pipe was located behind the wall shown in both the pictures. As the leak continued to go undetected more and more mold started to grow. They did not know they had a problem until they saw the mushrooms growing. When we were called out we assessed the damage and in turn found the source of the problem. A plumber was called out to fix the pipe so no further damage could be done and then we removed the mold. Our goal is to always make it "Like it never even happened."