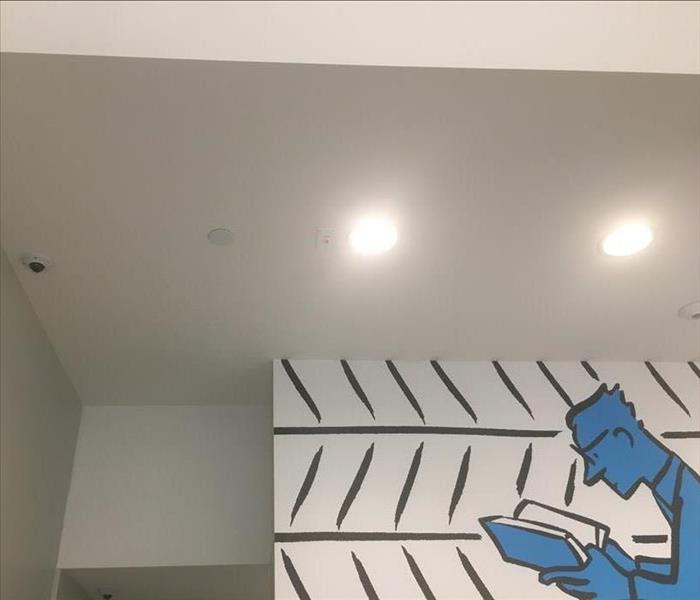 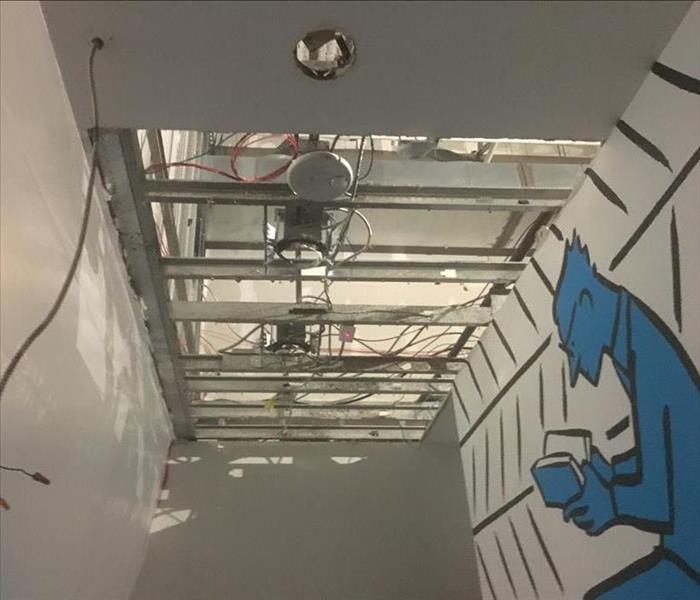 If your commercial business has a water loss (or any other loss) we’ve got you covered! The Warby Parker in Scottsdale Arizona is our newest proof of that claim. If you look at the first picture (before) it may not seem that there was anything was wrong. Sometimes just seeing a picture does not accurately describe what was wrong. If I could attach a smell to the pictures (luckily for you that remains impossible) you would understand that there had to be something wrong. An upstairs sewage line and a beer tap line both began leaking. Now that I explained what had happen I am sure a smell comes to mind, most likely not a pleasant one. We first began by setting up a containment. Then we began removing the drywall, setting up some equipment to help remove any bacteria, and “fogged” the store to leave it smelling fresh instead of like sewage. During this whole process the store remained open and functional!